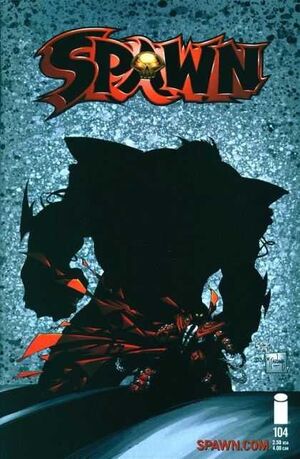 Months ago, the Miller boys were away for the summer when Urizen attacked the town. In the present, when they play at the Devil's Right Hand, where Urizen was imprisoned, Preston Miller steps on a stone and cuts his foot. He suddenly has visions of what happened in Malice while they were fine and becomes possessed by Urizen's power. He shares his power with his younger brothers.

Over the next 5 weeks, the Miller boys torment Mikey Maloy. They call him bat names and get caught by the teacher who orders then to apologize. Instead, they cause the teacher to choke via their new powers.

Soon the Miller boys head out on Halloween to the pig farm and slaughter several pigs. They kidnap Mikey and torture him while dressed in the pig skins. Spawn bursts in and pulls the Urizen stone from Preston's body. The boys lose their powers and find themselves changed. Some can't speak and Preston can't sleep. They are all haunted by the experience and Mikey never speaks of the events again.

Retrieved from "https://imagecomics.fandom.com/wiki/Spawn_Vol_1_104?oldid=68163"
Community content is available under CC-BY-SA unless otherwise noted.