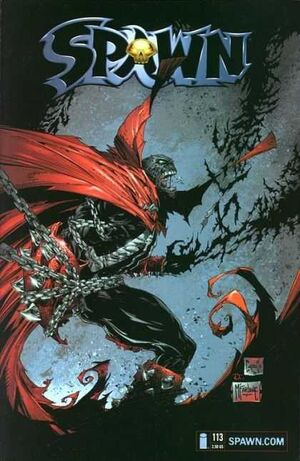 In the present, when Twitch attempts to pull the trigger on the gun to his head, Spawn appears and stood him. He tells him he had need of him for the future.

Retrieved from "https://imagecomics.fandom.com/wiki/Spawn_Vol_1_113?oldid=55232"
Community content is available under CC-BY-SA unless otherwise noted.