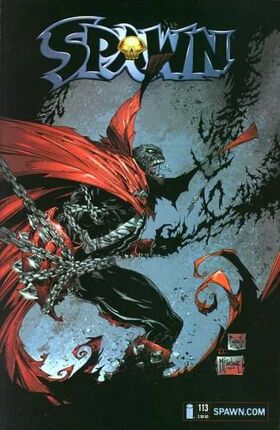 In the present, when Twitch attempts to pull the gun's trigger, Spawn appears and stops him. He tells him he had need of him for the future.

Retrieved from "https://imagecomics.fandom.com/wiki/Spawn_Vol_1_113?oldid=67536"
Community content is available under CC-BY-SA unless otherwise noted.