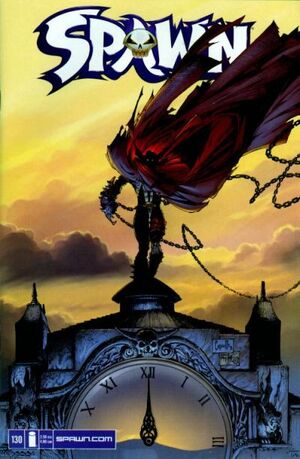 Appearing in "Seven and A Half Ghosts, Part 1"

Plot Synopsis for "Seven and A Half Ghosts, Part 1"

On a train bound for Boston, Twitch Williams asks Albert Simmons what its like to be mortal again. They arrive at the shop and head in. They are attacked by the ghosts. Sally pulls the gun to shot Twitch so that he can stay there with Max.

Retrieved from "https://imagecomics.fandom.com/wiki/Spawn_Vol_1_130?oldid=59532"
Community content is available under CC-BY-SA unless otherwise noted.