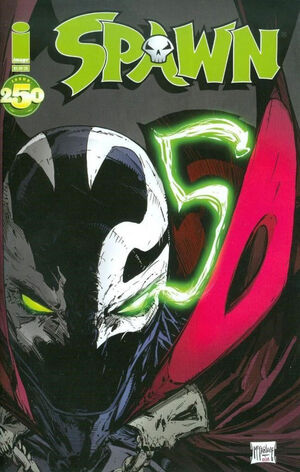 A plague of insects invade New York City. The city is in panic as roads are blocked, businesses shut down, and buildings are evacuated. The outside world is city of from entering as the swarms of bugs strengthen around helicopters and other emergency vehicles attempting to enter. The only connection between all the events is 3 symbols that already all around the city. A 7, V, and an I.

Twitch Williams tells Sam Burke he's figured a lead on any all the insects have come. He realizes the symbols are roman numerals and moist likely point to Jim Downing since he is listed as "patient 47". Additionally almost everything happening on Jim's life has been a combination of these 3 numbers.

Elsewhere, James Downing find Marc and asks him to keep Sara Johnston safe. Jim is concerned the plague is there for him and things are already strange with him sprouting wings. His K7-Leetha suit momentarily lashes out in anger and Jim takes off through the wall.

Elsewhere, a woman meets with a man in the shadows. She tells him she been secretly draining Jim's power every time they meet.

As Jim flies away, the swarm of insects come for him. He struggles with his suit and momentarily separates from it.

Twitch gathers police files to further his research. He does to Sam that Jim is a Spawn as well as a genetic freak. Everyone he allegedly healed is dying out dead of a type of poison. Some just touched Downing and started dying. Twitch worries if the suit expands over the whole city and touched everyone... no more New York City. He then should the time of death for several of the victims are 1:57 and today is May 17th.

Jim leads K7 to the Dead Zone. As he stands inside, he explains that Al Simmons, the previous Spawn, knew that if he killed himself outside of it, and feel in to it, when the afterlife forces came for him he'd be protected. When Jim puts his hand out to K7 and K7 bites it off, they reel backwards. Suddenly, the ground pulls both of them in as James had expected.

A green light emerges from the Dead Zone and Al Simmons steps out, reborn.

Retrieved from "https://imagecomics.fandom.com/wiki/Spawn_Vol_1_250?oldid=66251"
Community content is available under CC-BY-SA unless otherwise noted.