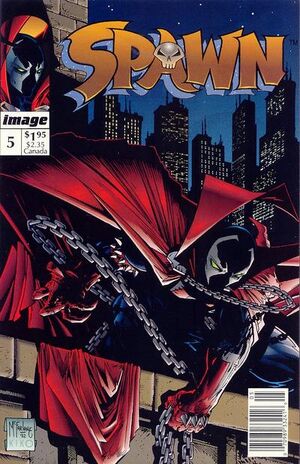 What's a psycho gotta do to get our attention anyways?

At the Windgate Institution, Billy Kincaid is read his rights and claimed to be a cured man. He is being released from jail after good behavior. Billy smiles as he coyly still dreams of killing small children. He was placed in prison for 22 years, out in 10 on good behavior, for being caught with the murder of a Senator's daughter, Amanda Jennings. He had pulled out her teeth and placed maggots into her wounds in a heinous crime. At that moment, he half-fantasizes how he's killed at least 29 children by luring them to his ice cream truck and then abducting them and how he's bid his time to be released so he could return to his activities.

As he leaves, Billy sings about ice cream and Sam Burke, who was standing behind him, screams that he's insane and not actually cured. Sam believes that the murder of Amanda Jennings was not an isolated incident. Sam thinks about how he's always played by the law, but the law sometimes doesn't win.

That evening, the news reports about the release of Billy Kincaid.

In Queens, Wanda puts Cyan to sleep in her crib, while Spawn falls asleep in the alleyway amongst trash and rubble.

Sam and Twitch Williams discuss the release of Billy at the New York City Police Headquarters. They agree to perform a midnight stakeout to see if Billy has reformed.

Bums get hit by cops, cry about Billy. Spawn over hears, recalls how he was hired by Jennings for a hit on Kincaid. Cops go to him first. Problem was they found all the mutilated bodies but evidence went missing, and then the shack blew up. Jason Wynn then told everyone to drop the case.

With Sam and Twitch on stakeout outside Billy's house, Spawn sneaks in through the back. When he spots Sherlee Johnson's bloody dress, he moves into the house. Twitch spots a caped figure in the back and they both move in. Inside the house they find the evidence but no Billy.

Retrieved from "https://imagecomics.fandom.com/wiki/Spawn_Vol_1_5?oldid=68154"
Community content is available under CC-BY-SA unless otherwise noted.