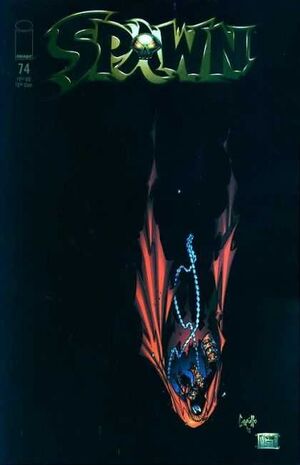 Appearing in "The Void"

Plot Synopsis for "The Void"

Sam Burke and Twitch Williams begin connecting the dots with the additional information that Cogliostro has given them. They realize not only do Kincaid, Wynn, and Twistelli all have Spawn in common, they also have themselves. They start to find it stranger that they could potentially be picked as assistants to some Heaven-and-Hell wargame.

In the alleys, Spawn battles Heap. After continually smashing through him, and Heap rebuilding himself with trash larger and larger, Spawn begins to despair as he's consumed inside the growing mess of Heap. Boots and Cogliostro arrive just in time to witness Spawn being swallowed alive by Heap. They approach the wreckage and find a Hellspawn Sigil on the ground, which are only left when a Hellspawn is slaughtered. Boots tells Cog that he wants to stop the war as Heaven is not ready yet. He feels heaven has become complacent and allowed hell to become too strong.

Spawn floats through a black abyss with no orientation of what is up and down. He is approached by a mortal appearance based shell of Eddie Beckett. Beckett tells him he was created by the Necroplasm merging with his body. He warns him that someone is coming for him. Suddenly, something invades Beckett's body and he speaks in a different voice. The new being points him to a portal of white light and informs him his hour of reckoning is now.

In Queens, New York, Terry Fitzgerald and Wanda Blake are surprised when their daughter suddenly talks about the "Sad Man" disappearing.

Retrieved from "https://imagecomics.fandom.com/wiki/Spawn_Vol_1_74?oldid=68331"
Community content is available under CC-BY-SA unless otherwise noted.