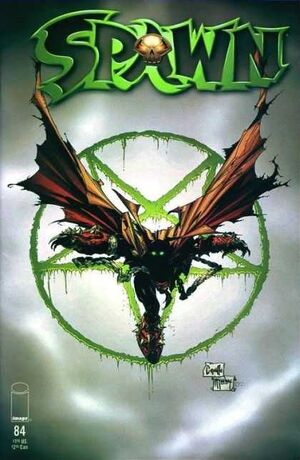 Appearing in "The Waiting"

Plot Synopsis for "The Waiting"

Meanwhile, Twitch Williams thinks about how his wife has put up with so much for him. He sneaks out to head to his office to put in some more hours into the Kincaid case. Spawn arrives to talk with Twitch. After they discuss their plan, Twitch recommends he sleep more. He tells him it's the small things that make you human. They crack open a beer as this plan may be the death of them.

Jason Wynn wakes up in the alleys. He hurries to a pay phone to be picked up. Instead, he is patched through to Stoermer. Stoermer insists he be picked up and Wynn becomes slightly concerned.

Sam Burke waits to meet with S.O. Silbert. Silbert gives him the shake down asking how he knew to check Sarah Frost's neck for the mark. He tells him all the new victims also have this mark. Sam pleads he knows nothing.

Twitch speaks with his wife. He asks her to leave town for a few days due to things being dicey with the Kincaid case. Helen is offended that her husband won't share his deepest secrets with her. She storms off.

In Queens, Wanda Blake rushes upstairs to check on Cyan when she hears a noise. She finds Cyan wrapped in an American flag from Al's funeral. Cyan tells Wanda the sad man is worried about their safety.

At Keystone Tavern, Sam and Twitch recall the for old days when they were cops. Officer Rafferty drops of a picture with a bit list with their names and the Fitzgeralds name on it.

Retrieved from "https://imagecomics.fandom.com/wiki/Spawn_Vol_1_84?oldid=59725"
Community content is available under CC-BY-SA unless otherwise noted.