"Three Uses of The Knife" 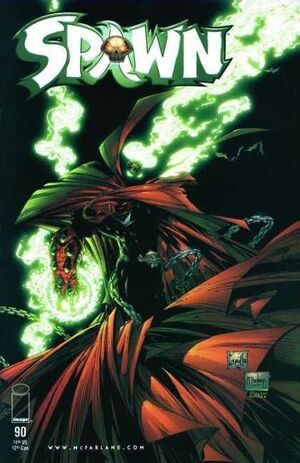 Appearing in "Three Uses of The Knife"

Plot Synopsis for "Three Uses of The Knife"

In Elmhurst, Several boys stand over a woman's dead body. Spawn arrives and orders them to tell him the truth.

The first boy, Nero, tells them they stumbled upon the house to find five black boys. After a rumble they left them with dead body and he swears that's all that happened.

Spawn doesn't buy the story. The second boy tells Spawn they were driving around and saw the Japanese girl from class and picked her up in their car. They took her to the house and attempted to rape her. When she resisted, he claims Danny went crazy on them and pulled a knife.

Danny tells yet a third story. He was dealing on the side to make ends meet. He gets a call and is offered extra money to deliver the drugs. When he arrives they hand him a knife to get his fingerprints on it.

Spawn tells Danny if that's the truth, to carry out judgement and hands him the knife. Danny's eyes fill with hate as he stabs his two friends to death. As his friends bleed to death, they claim it was the truth that Danny killed her. Spawn replies he knows and that's why they got off easy. He grabs Danny and drags him kicking and screaming into the shadows.

Retrieved from "https://imagecomics.fandom.com/wiki/Spawn_Vol_1_90?oldid=68238"
Community content is available under CC-BY-SA unless otherwise noted.