"The Trouble with Angels" 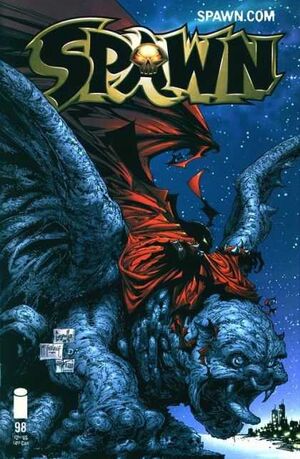 Appearing in "The Trouble with Angels"

Plot Synopsis for "The Trouble with Angels"

At the doctor's office, Wanda Blake is told that she is actually 6 months pregnant. While shocked, they're relieved to know they had been intimate at that point in time and it isn't a miracle baby.

Elsewhere, Spawn tortures Ab and Zab. He orders they tell him who ordered the release of Urizen. When they try and speak, they find their mouths sealed shut. Angela informs Spawn it's a silence charm and that they won't be able to reveal the information.

In Pennsylvania, Spawn, Angela, Ab, and Zab discuss their plans. Spawn tells them first order of business is containment. He lifts his arms and trees sprout from the ground creating a wall of trees all around Urizen. Ab, Zab, and Angela are all shocked and are curious where these powers are coming from. Angela suddenly receives notice that warriors from the Aether are about to attack. She teleports back to stop them.

In Queens, New York, Wanda and Terry Fitzgerald reconcile their differences and embrace the pregnancy. In her room, Cyan Fitzgerald is suddenly attacked by her dolls. They dolls begin transforming and reveal Mammon is possessing them.

Retrieved from "https://imagecomics.fandom.com/wiki/Spawn_Vol_1_98?oldid=67526"
Community content is available under CC-BY-SA unless otherwise noted.