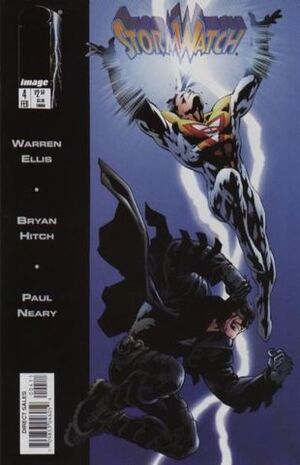 Weatherman Jackson King learns that there are two operatives in the field that Stormwatch has no idea about. The two operatives, Midnighter and Apollo, worked for Henry Bendix and were his very secret branch of Stormwatch. Weatherman decides to send a crew to contact and retrieve them.

Retrieved from "https://imagecomics.fandom.com/wiki/StormWatch_Vol_2_4?oldid=63952"
Community content is available under CC-BY-SA unless otherwise noted.