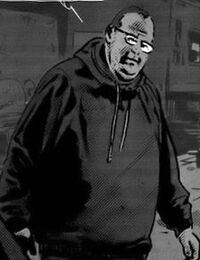 Sylvester was a super-fan of Lacey Lyons, a childhood TV star.[1]

After her death, Sylvester approached the police department and pleaded guilty to murdering Lacey.[2] However, after being interrogated, the police learned he did not have any knowledge as to how she actually died and released him realizing he was sick and just wanted to be involved in her life.[3]