"The Word on the Street" 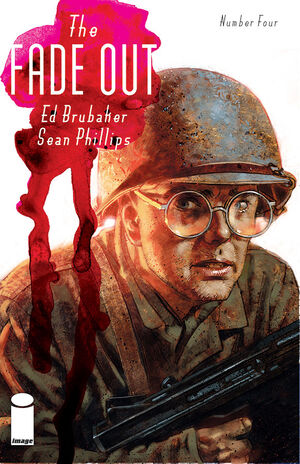 "You're my date tonight." She said i just like that... no question mark at the end. Just... an order.

Appearing in "The Word on the Street"

Plot Synopsis for "The Word on the Street"

Charlie Parish tells Earl Rath how Dottie Quinn told him he was her date tonight. He was trying to figure out if it was a real date or just a figure of speech. Earl jokes about how women try and figure him out, not the other way around as a big movie star.

Gil Mason's life has improved now that shooting/writing has resumed. It's given his life a new purpose but Charlie knows it's a ticking time bomb ready to go off.

Charlie and Earl meet with Stevie Turner, a photographer who developed nude photos of celebrities. He saw a strange picture of Ronnie Reagan and a man who looks familiar to him. No one recognized the man and they leave the house.

Later, Charlie and Earl pick up Dottie for the public PR stunt she arranged to announce Maya Silver. She had someone fake grab Maya's rear and Tyler Graves, her fake date, knocks the man out. Maya later flirts with Charlie and Dottie becomes furious and cries in the bathroom that she thought it was a real date. After dancing with Maya and getting too drunk, Charlie stumbles out to another bar. He suddenly remembers who the man from the photo was at Stevie Turner's home. He reveals that on his drink night where Valerie fired, he recalled seeing her on his walk home. He also remembers Earl telling him an FBI agent has been possibly put on staff to research the crime.

He rushes to Stevie's home but finds it engulfed in flames upon arriving. He turns and spots the man from the photograph in a nearby car. He attempts to push through the crowd of spectators but by the time he passes everyone the man is gone.

Sex and violence in the Golden Age of Hollywood. Charlie’s flashbacks to the war affect his work, and his secret mission to solve a covered up murder. 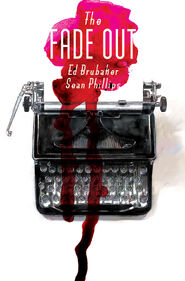 Velvet
Add a photo to this gallery

Retrieved from "https://imagecomics.fandom.com/wiki/The_Fade_Out_Vol_1_4?oldid=52513"
Community content is available under CC-BY-SA unless otherwise noted.