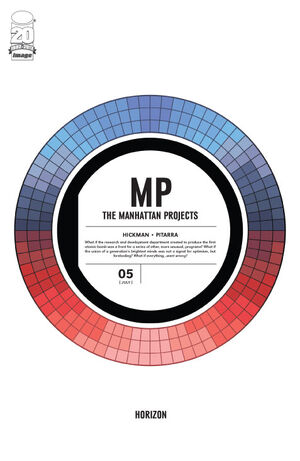 Joseph Oppenheimer interrupts Leslie Groves and the Siill. He kills the Siill and a short scuffle occurs. Sergei Korolev dies in the scuffle. As Groves picks himself up, he's abhorred to see Oppenheimer gorging himself on the alien carcass.

As a small child, Richard Feynman remembers being disciplined as a child by his father who demands standards and dedication.

In the present, Groves calls the scientists together. He has Oppenheimer tell them what he learned from consuming the dead alien, though they don't tell the scientists how Oppenheimer found out. Oppenheimer explains there are 8 super-civilizations that could pose a threat to earth. The Aoula-Daa were killed by the Siill, a hive-minded civilization who conquers other planets. They desire the Gateway to travel between planets.

Dr. Weiss calls out Wernher von Braun on his failures to deliver space rockets. He says they could use it for defense against these aliens. Feynman offers up Einstein's Gateway to get to their planet. Einstein begins thinking about how he should have killed Feynman when he found out about how to operate it.

Later, Harry Daghlian, Dr. Weiss, and Enrico Fermi jump through the Gateway into the alien home world. The Siill leader demands their death. Dr. Weiss cracks Daghlian's helmet and all the aliens die from radiation except Raal. He tells them he's very angry and to expect seeing him again.

At Los Alamos, Oppenheimer opens the Gateway and thinks about how this could be a gateway to consuming many races and information across the galaxy.

Retrieved from "https://imagecomics.fandom.com/wiki/The_Manhattan_Projects_Vol_1_5?oldid=33877"
Community content is available under CC-BY-SA unless otherwise noted.