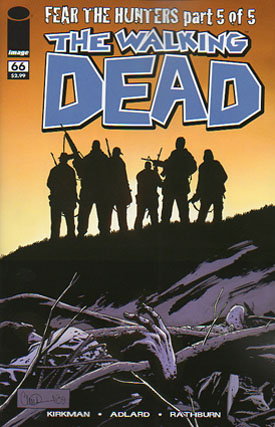 Rick is having difficulty dealing with their killing of the cannibals in cold blood, and after hearing someone approach him from behind he assumes it's Abraham and says that he doesn't think Carl could even stand to look at him if he knew what he did to those people. Carl is standing behind him. Carl admits to Rick that he killed Ben.

Retrieved from "https://imagecomics.fandom.com/wiki/The_Walking_Dead_Vol_1_66?oldid=15004"
Community content is available under CC-BY-SA unless otherwise noted.