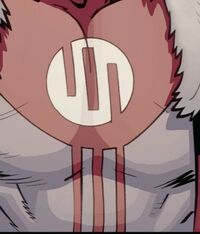 During the Viltrumite War, Viltrum was destroyed and the Viltrumites took up residence on Earth, hiding among humans. Their new objective would be to replenish their ranks by creating Viltrumite/Human hybrids to save their species.Nolan would be discovered to be Argall's son and be placed on throne, but not before a bloody battle with Thragg. Nolan would rule the Viltrum Empire and seeks to change their violent ways. He then sentenced Thragg to exile as an example to other Viltrumites. During Invincible's battle with Rex, Nolan would secure an allegiance with Rex in order to prevent the Viltrumites' extinction, much to Mark's digust.

Retrieved from "https://imagecomics.fandom.com/wiki/Viltrum_Empire?oldid=63794"
Community content is available under CC-BY-SA unless otherwise noted.