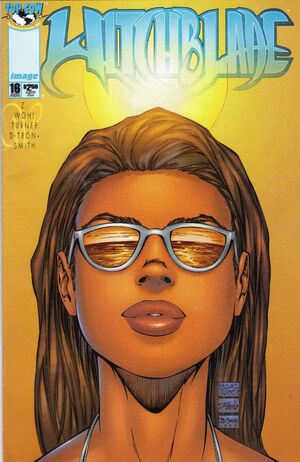 Sara is sent to Rio De Janeiro to rescue agents of a government group called Level 42. The agents have been captured by the former chief of the group and fled to a compound. Sara is drugged and kidnapped herself where she is then transported the compound.

She fights back in the lab with the other agents who appear to have been changed . .

Retrieved from "https://imagecomics.fandom.com/wiki/Witchblade_Vol_1_16?oldid=19239"
Community content is available under CC-BY-SA unless otherwise noted.